Because I was living overseas at the time of my mother’s death, I didn’t have the privilege of clearing out her apartment. That chore fell to my brothers and sister and by all accounts, it was a daunting task. Despite having lived on her own for years in a small apartment, our mother had accumulated a lot of stuff. And because her apartment was a rental unit, things had to be cleared quickly. While my siblings were able to keep a few treasures, a lifetime of my mother’s clothes and other belongings had to be given or thrown away. She had left no instructions as to what to do with it all.

Of course, every now and then one of us asks, “I wonder whatever happened to such and such a thing,” referring to something Mom had once owned. I wonder what happened to the journals she kept. But everything is gone now. It’s too late. Mom didn’t leave us instructions and we never talked to her about her belongings before she died. If only she’d had an end-of-life plan or we’d taken the time to talk to her about what she wanted done with her things.

It’s amazing how much we collect in a lifetime. After my marriage ended years ago, I filled a shipping container with my stuff. When I eventually got around to de-cluttering, I was amazed that much of what I owned were boxes of stuff that went back before I was married 25 years earlier. Echoes of “It will come in handy one day” and “You never know when I might need this” and “I couldn’t possibly get rid of this” came back to haunt me. These were boxes that had been taped shut for a quarter of a century. Why had I held on to them and shuffled them around from one home to another?

So, inspired by the B.I.G. Method, I decided to tackle the problem head-on. It took months but I finally emptied the shipping container. I gave away, recycled, and threw out what no longer brought me joy. I re-read old letters, thanked their authors, and burned them. As I dropped off boxes of clothes and mementoes at the thrift stores, I thanked them for the joy and love they gave me and wished they’d bring the same to their new owners. When it was all over, I felt lighter and freer.

Several years on, I am living a much smaller footprint. The older I get, the less I need. Yet even as I look around my room, I’m still struck by too much stuff. Time to de-clutter again. Today, I focus on the bedside table. Tomorrow, the top of the dresser. Next week, I’ll cull my bookshelves. Why hold on to books I’ve read? Why not pass them on to others? The more I do now, the less my kids will have to do when the time comes. I’d rather make a conscious choice about what happens to my belongings rather than it all get unceremoniously dumped in the bin. Where’s the meaning in that?

What are your views on de-cluttering? your stories? experiences? 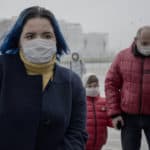 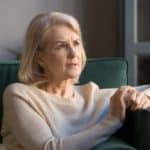 What if You Died Today? 3 Quick (and Powerful!) Steps to Ease the Burden on Your Family 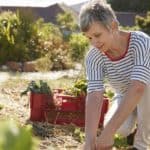 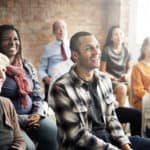 Calling out to those interested in the BIG Training 2020