Taking a Child to a Funeral: Yes or No?

I watched my friend’s 5-year old peer down into the tiny grave. Surrounded by a group of somber people in the small churchyard, some sobbing, he was curious to see what was in the bottom of this hole in the ground.

We were gathered to say goodbye to a tragedy – a baby who had died in her mother’s womb at just 8 months old.  The poignancy of the size of the white wicker coffin was heart-wrenching. But this little boy just wanted to know what was going on. He took a look, then wandered back to hold his mothers hand, looking reflective.

Should he have been taken or not?

This was the subject of an article I shared in my Facebook group https://www.facebook.com/groups/beforeIgo/ this week and which generated a large number of comments. It seems we all have different opinions on this subject.

So here’s my take:

Whether you take your young son or daughter to a funeral simply depends on many factors. I intuitively feel that in the long run it is better to not hide death away from them, but then as some of the comments showed, being in the presence of someone who has died can be traumatic in and of itself. Whether it is more traumatic than not being there at all is, at least to some extent, dependent on the circumstances.

Age may be a factor, as may religious or cultural reasons as to whether a child should attend or not. These need to be respected. But more than anything, the way the death and funeral is handled in terms of speaking about it will determine to a large extent the effect it will have on the child.

One comment made me realize I wanted to speak my mind, even though I don’t have children myself. Here’s what Susan said:

She continued after I had asked her permission to requote her by saying that she used to stand at the lounge window and think her mother would walk along the road….

But then someone else shared:

I recall sitting in the front row of the Visitation on the night before my Grandpa was buried. During the ceremony, the Rosary was said and it seemed like hours staring at his waxed body in the coffin. I didn’t like it and to this day, those feelings are the first that come to mind even though I had many other great memories with him.

So what to do?

On balance, I think the more we are at ease ourselves with dying, death and grief, the easier it will be for our children to be at ease. They will take a lead from us, as they do in most things. So if you feel uncomfortable about this subject, either because of people daring to think NOT to take their child, or because they strongly feel taking a child to a funeral is a good idea, then I invite you to take a deeper look. What might it be that is causing a strong emotional response in you?  Your answer will be interesting and may lead you to separate any difficult experiences in the past from those in the present – and thus allow yourself to make a more conscious choice either for your children, or with them.

If you’re interested in seeing what people’s responses are, do join the Facebook group and participate in the conversation. Let us know what you think, and share your story too.

It is only by doing this, and reading these kinds of articles with an open mind and heart, that we learn, grow and expand. And that’s what the work of Before I Go Solutions is all about. 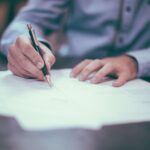 What Happens If You Don’t Have A Will? 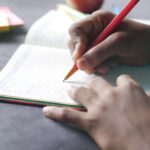 How To Start Your End Of Life Plan 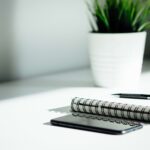 3 Benefits Of Having An End Of Life Plan 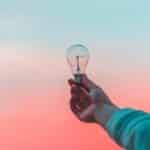 What Is End Of Life Planning?