How do I create a legacy book?

As a wise woman once said: There are only two lasting bequests we can hope to give our children. One of these is roots; the other, wings.

We give children wings when we teach them how to look after themselves, with a view to them flying out into the world as capable adults.  But we don’t always take such care with providing them with healthy, deep roots, such as a living legacy.

I met Alice Mayers recently and she provides a great rooting system for families, by helping them record their family stories, which she edits into films, audios and books.

“The first person I recorded was my dad.  He had led a long and interesting life, and had a lot to say.   Through our recording sessions, I learnt so much about him.  He told me things I didn’t know; he had been in the SAS for example – how did I not know that?  We also recorded many stories that I had heard many, many times before, our family classics.

He told me about the family and the challenges and fates of previous generations, those faces that stare at me in the old photo albums.

He told me about meeting my mum, becoming a dad, about his work – what he enjoyed and what he couldn’t bear.

He told me why he made the choices he made, both good and bad; his politics, his fears and his hopes; his dreams and his beliefs, and he told me about his achievements, his regrets and what made him proud.

I know my dad enjoyed our sessions, they were fun – at one point we both almost cried with laughter! I think he also enjoyed the opportunity to be listened to and to be the focus of attention – not that common in our family.  He could reminisce and reflect, and he was aware that it was an opportunity to tell his own story in his own words.”

A few months later, very suddenly and unexpectedly Alice’s dad died.  In those awful first months after his death she watched the films they had made together over and again, which she found extraordinarily comforting. Not only could she hear his voice, and his wise words, but she was reminded of his laugh, his characteristics, and mannerisms – even how he patted the dog.

After my husband died, I so wished he had recorded something for me, so I would have his face and voice to watch and listen to.

When my parents died, I had a tiny video clip of them when they were healthy and well, but I would love to have had more, and hear them telling their stories. They would be there for me to go back to time and time again, when I just need a little ‘cuddle’ with them, or to hear the tone of their words, the sound of their voice, the ring of their laughter.

These are the kinds of things that we don’t realise are so important until we don’t have them in our lives any more.

Alice points out that as her childrens’ memories of their grandad fade, they, their cousins, and maybe even their children will be able to hear their grandad’s experience of war time Britain , how he dealt with difficult times in his life, and much more.

This is what I call creating a Living Legacy – and it is a large part of a good end of life plan. Remember, with one of these, you create it now so there won’t be any regrets by you, or your family or friends, later on.

Recording stories and memories then becomes your legacy, and it can be done in a variety of ways – making a book, a video, an audio recording, or even a website.  You could even dedicate a dance performance, a song, or another creation to someone in particular.

Alice suggests that while thinking about all this can be daunting, what’s important is to just start with a few stories, a few thoughts, a few memories.  She recommends choosing a peaceful and comfortable spot and a quiet moment.  Sit down and relax, get out your phone and press record.  Or if you are recording for someone, sit down together, press record and ask them a question about their life to get them going.

Since that first recording with her Dad, Alice has gone on to record the stories of many, many others, those with long lives and huge memories, and others who have lived quieter lives.  All are unique, and all extremely important.

She says “I love listening to the stories and asking the questions.  I love the time travel it allows me, but even more important to me is being able to hand the films or recordings back to the tellers’ family to preserve and cherish.”

If you have any questions about this, Alice would be very happy to hear them and to hear how you get on with your recordings. She is also available to produce recordings for you. Visit her site: http://www.thestorykeepers.co.uk 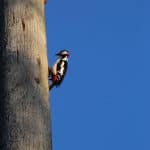 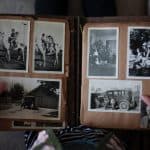 How do I organise my old photos? 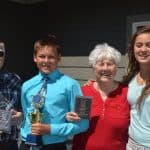 What Happens When You Don’t Leave a Will