Why Talking About Death With Family Members Is Important

How Do You Plan On Talking About Death With Family Members?

Talking to family members about death can be a daunting prospect, but leaving it till a later date can make things even worse.

Has there ever been a conversation which has been shut down because you’ve been told ‘not to speak about death?’

If not handled correctly, speaking about death can open up a can of worms of discord and even disagreements with loved ones.

Therefore, we’ll be discussing best practice in talking about death with family members and how to make the discussion turn out to actually be a great bonding exercise between both parties.

Remember Why You Should

Why is it you want to do this?

Is it because you want more clarity for the future?

To make things easier for yourself and your family?

Or that you don’t want to leave a mess behind for your children?

Oftentimes people may feel guilt in wanting to bring up delicate subjects.

Once financials, wills or inheritances get involved it can be more difficult discussing the subject without looking eager in front of, for example, parents.

Phrases such as ‘It’s all getting left to you anyways, so don’t bring it up’ can be thrown around.

When in reality, no planning or will preparation has been done, and as it stands, none of those commitments would be met.

This isn’t about trying to make sure you get your share of the pie after a loved one passes.

But instead, making sure that your loved ones’ wishes are honoured after they go.

What if a family member wanted to donate their savings to a charity of choice after they died, but they had never made it official in their will?

Or a single father wanting to pass along his inheritance to his children, but because he is married to another woman she ends up with everything?

These are difficult circumstances which happen all too often.

That is why it’s important to talk to family members about these things, as it’s very common for pledges and commitments not to be fulfilled because it’s too late for that to happen.

Understand Talking About Death With Family Members Is a Positive Thing

What can seem to be quite a doom and gloom conversation may turn out to be very meaningful.

As it isn’t until you’re reminded of death that you fully start to appreciate the present moment in time.

It’s often taken for granted that tomorrow will be like today, or next year, like the one before.

But death has a universal way of bringing people together, not just at funerals but through memories, and conversations.

So it’s quite the oxymoron – who knew death could be so uplifting!

Talking about death with family members isn’t going to be something that’s solved overnight.

Rather it’s a continuous conversation that, over time, grows into something strong and powerful.

Because, as discussions take place, positive attributes such as trust, empathy, humility and understanding will be gained from all involved.

All of which leads to healthier and happier relationships between families who all want the best for each other.

So you’ve decided it’s right to talk to family members about death; now it’s time to make a plan.

Every plan starts off as a draft, so treat it like such.

Write down on a piece of paper a broad summary of the points you’d like to discuss with your family members.

It doesn’t need to be perfect; you just have to start today.

Once you’ve got something written down, you can slowly add to it over time.

What is it you want to achieve?

How would a successful conversation look like to you?

Is there anything important to consider before getting started?

Now that you’ve got a list of general aims and topics, it’s time to put them into action.

Luckily, there are several ways you can develop your skills in talking about death with loved ones today.

If you feel like having some fun, you can check out the End of Life Planning Card Deck. Including a print workbook to make it an entertaining game with yourself, friends and family, check it out here.

Or if you’re looking for something with a bit more depth, you can read The Before I Go Method here. In it you’ll find a plethora of good information which will be useful for getting started talking about death with the family members and friends! 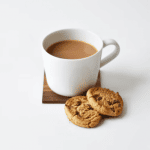 What Is Afternoon Tea Week? 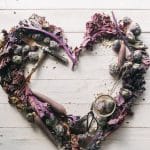 3 Tips on How To Practice Mindfulness 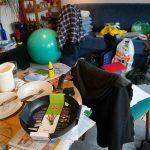 How Should I Organise Belongings? 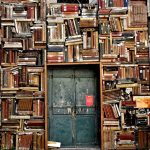 What Is An End Of Life Plan?