Scattering Ashes – here’s an excerpt from my book about what happened when I went to collect Philip’s ashes (and here’s a great resource for info on all things to do with scattering ashes in the UK: http://www.scattering-ashes.co.uk)

I woke one morning and announced, “I need to go and get his ashes.” Having previously stated I wasn’t interested, and that the undertakers could do what they liked with the ashes, this was a turnaround. Still, I was beginning to trust my instincts more and more, hence the announcement.

It was a beautiful, typically winter’s day: blue sky, sunshine, cold and crisp. We took the shore road to Lossiemouth, and knocked at the funeral home door.

“Here they are, then,” said the undertaker. How I managed to keep a straight face until we got outside, I don’t know.

“Oh, this is hilarious!” I laughed. The ashes were in a brown plastic tub, shaped like an old glass sweetie jar. It was decidedly tacky.

“Philip will be laughing, too,” giggled Tree, and he would have been. Just another piece of ridiculousness in the whole episode of unreality surrounding his death.

Down near the beach, I unscrewed the lid, being curious. It was full to the brim with a powdery grey dust.

“There’s an awful lot of ashes, isn’t there?” I looked at Tree in amazement.

“I’ll be able to scatter them in other places as well as Dumfries and Galloway, where he said he wanted them scattered; why don’t we go right now and put some into the sea from the beach?”

Which is how we discovered that you have to throw ashes in the path of the wind, not against it.

Later, ashes brushed off my jacket, and sitting drinking hot chocolate in the cafe overlooking the harbour, I spoke sadly.

“I wish Philip and I had come here to Lossiemouth harbour; I’d no idea it was so lovely. He would have adored looking at the boats and pottering around.” I was going back and forth between “I wish…”, the “if only’s…” and feeling grateful for what we had had together.

Back home I placed the ‘urn’ on the mantelpiece, and stood back to look at it.

I decanted the ashes into a large glass jar – two actually – and put one of them on the hearth, and hid the other away. I Skyped Barbara in Los Angeles to share the silliness of brown plastic urns, the large amount of ashes, and my tears.

“Send me some of the ashes,” she smiled. “I’ll scatter them in his favourite places over here.” That became the first conversation in many that resulted in small amounts of his ashes being scattered all over the world. It was only later I found out that sending ashes through the post had been made illegal.

In my journal that night I wrote:

There’s a lot more NOT good things – like you just simply are not here in your body anymore, and I don’t like that. Your poor old body; just couldn’t do it here on this earth anymore.

It’s not that I can’t believe it; rather that it all seems not quite right somehow, like something is missing, or out of place or . . . something. I don’t know.

And it was true. I really did not know. I had long been someone who believed in the afterlife, who was fairly psychic and thought you could definitely communicate with the dead. I was finding that not knowing how Philip was, or where he was, was difficult to bear.

I was completely unprepared for what happened next.

BUY THE BOOK HERE IF YOU HAVEN’T READ IT YET! 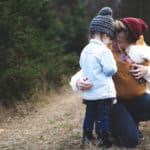 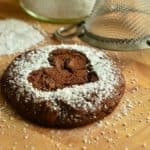 The most unusual Valentine’s Day present ever! 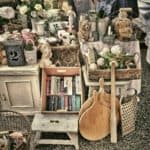 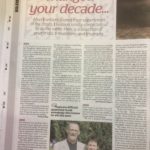