Wills, Weddings and Updating Your Documentation

The royal wedding here in the UK has been a huge topic in the media of all kinds these last few weeks.

However, I can bet that hardly anyone has been also talking to Prince Harry and Meghan about a crucial thing that needs to happen when a couple get married. It’s more usually thought of at another kind of ritual, which is a funeral. What is it?

Or more correctly, the wills, one for each person. Probably in the case of the royal couple, this is indeed being taken care of by their legal teams. However, it hasn’t received attention from the media, and I’m sure the person in the street hasn’t been thinking of it.

But here’s why it is so important to think about a will when you have a wedding.

1. As soon as you are legally married or in a civil partnership, your status regarding your possessions changes. It’s slightly different in different countries or states, but basically it’s all change. It means that if you died suddenly, and you have no children then your estate would go to your spouse – eventually. But unless you have this very simple state of affairs, it will not happen as smoothly as it sounds. And it’s a lot easier taken care of if you have a will dictating exactly what you want to have happen. It also costs a lot less in both time and money.

2. If either of you have children from a previous relationship, then a will is crucial, otherwise you may find yourselves in the situation like my colleague’s brother who died suddenly. He had not updated his will, and yet there was one from 15 years previously which was still valid. This meant his estate was divided according to his wishes laid out at that time. Previously he had been married to someone who already had two children from her first marriage. Since then he had divorced, and remarried. The terms of the will resulted in his ex-wife and her children inheriting everything. As you can imagine, this did not sit very well with the new family.

3. If you want children from a previous relationship to be your beneficiaries, or among them, then you need to get a will drawn up after your new wedding that states that, otherwise, according to the laws in your country, they may or may not inherit. You don’t want to risk your children not inheriting, do you?

4. Pensions need to be thought about – who will benefit from them should you die after you have married?  It’s only in the most simple of cases (as in point 1) that anything will transfer to your spouse.

5. There may be inheritance tax issues should you die without a will – no-one wants their family to pay more than is necessary in inheritance tax, but not having a will may mean that unintended beneficiaries do indeed benefit.

If you, or anyone else you know, is thinking of getting married (or IS married!) and don’t have a will, then use this article as a nudge to take action.

And if you do have a will, but you’re not sure it’s up to date, then the same applies. 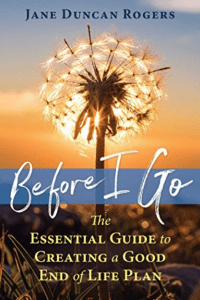 Finally, if you notice your heart sinking and your body contracting at the thought of wills (that’s if you’ve managed to read this far!) then take this as a signal to address your thoughts and beliefs.

How do you know that the lawyer you make an appointment with might not be a lovely person whom you enjoy meeting? They may very well be able to save you money, and time – that sounds a bit more like it, doesn’t it?  Notice how your mind dictates what your experience is going to be, and challenge that. Make an appointment with a lawyer and go along prepared, and with an open heart.

(And if you’re somehow still not quite ready for seeing a lawyer yet,  then pre-order my new book now on Amazon UK and Amazon USA, as it will take you through a whole lot more steps that makes this much easier).