End of Life Planning Made Easy

Your mission (should you choose to accept it) is to be sitting down with a completed end of life plan in your hand,  feeling relieved and at peace that it is finally done (in 3 months or less) and what’s more - you have enjoyed the process!

End of Life Planning Made Easy with

the Before I Go Method! 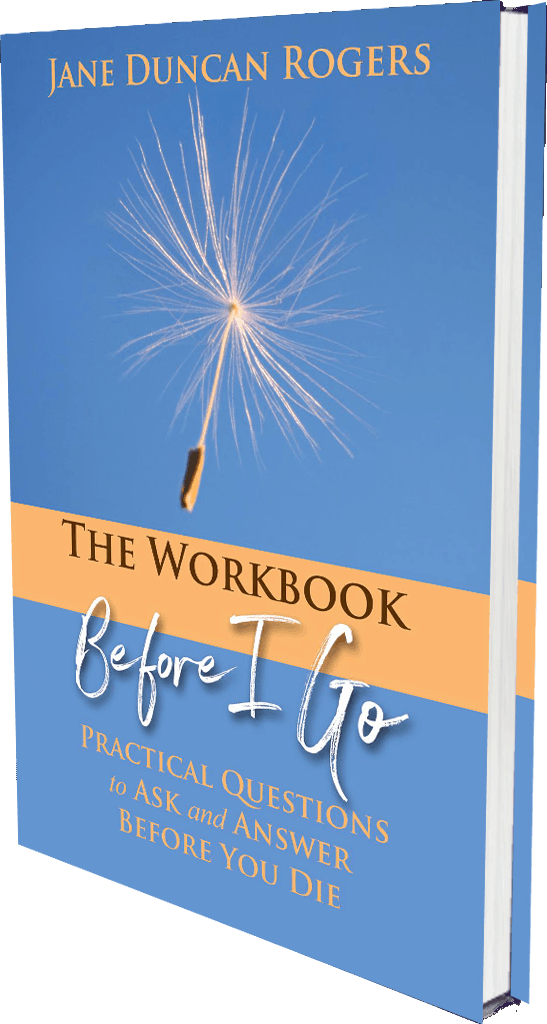 Worried you might become a burden on your loved ones? 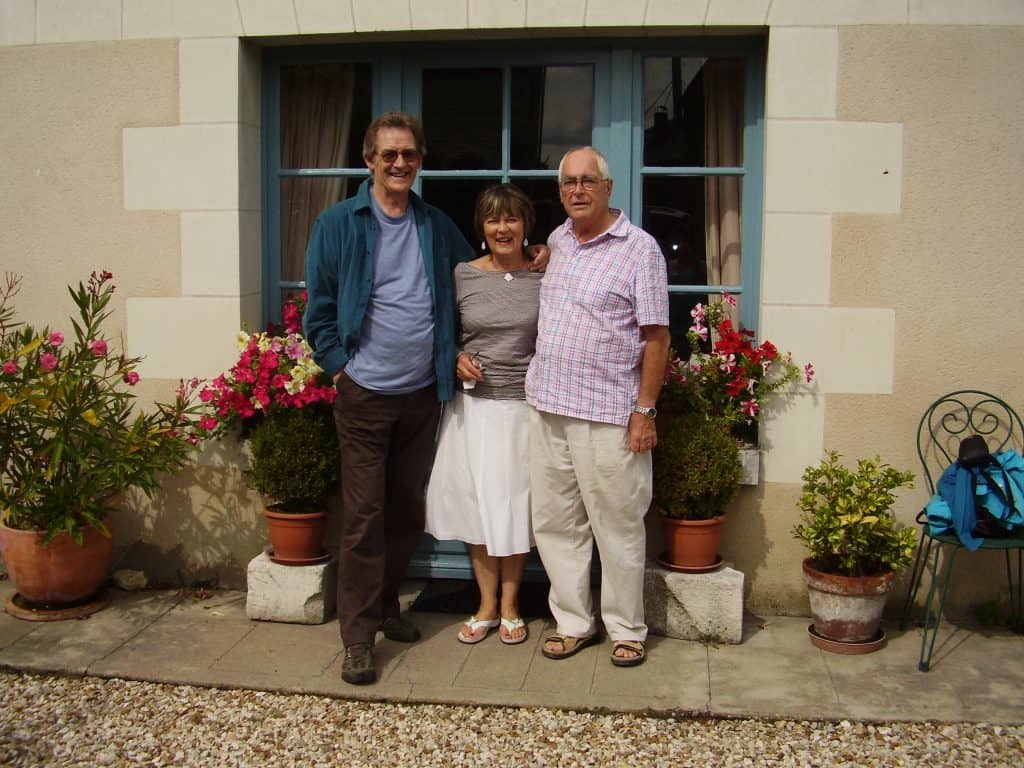 Mum, Dad and my husband - all no longer with us

In this time of coronavirus, although most of us will come through fine, it is bringing the thought of our own mortality closer, isn't it?

So if you’ve ever worried about losing your independence and maybe becoming a burden on your children or family, you’ll be familiar with how horrible that thought is and how tempting it is just to ignore it and hope it won’t happen for you. But now you can see it might actually happen.

You might have experienced having to take care of elderly parents who have not prepared for their end of life, or their death, and so you know just how debilitating it can be when you have to sort their affairs out afterwards

You may be bothered about the fact that it’ll be your children or friends who have to take care of all your stuff, if you don’t get a move on now. But even so, you just can’t get things sorted

Or you’re concerned about making the wrong decision about your own end of life – what if you change your mind? 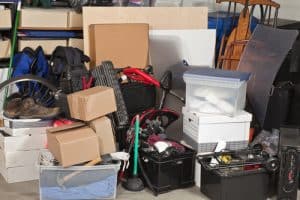 Just the thought of all the stuff someone will have to sort through can create overwhelm – you know you need to do it, but that in itself creates stuckness, doesn't it, and the end result is - nothing happens, nothing gets sorted, and you feel drained at the thought of it all. Ghastly!

And anyway, you just don’t have enough time to do all this – who does? 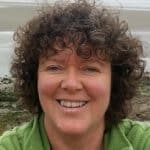 “One of the joys of doing your course is that you plant the seed of thinking about your own death and little seedlings pop up in unexpected places that lead to a fully grown tree of life. The course was a surprisingly life affirming thing to do and you steered us through it with just the right amount of firmness, laughter and joy whilst also holding the sadness too.”  Jan Morley England

However, if you know this is a good idea, but do nothing about it,

then you also know that you'll continue to…

Get started on the Self-Study Course (DIY) 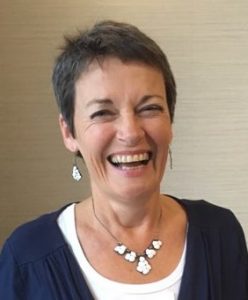 My name is Jane Duncan Rogers, also known as the End-of-Life Lady, and I help you get your act together, if you realise how important this kind of preparation is but you're just not doing what it takes to complete a comprehensive end-of-life plan!

I’m doing this because once I came very close to death. Not my own, but my husband’s... 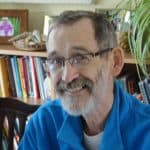 In 2010 Philip was diagnosed with stomach cancer

Neither of us knew anything about end-of-life plans, but he had been given a fairly good prognosis so long as they got all the tumours out.

But the operation wasn’t successful, and we were faced with the fact that he was going to die, and it was going to be sooner than later.

During this time, we received an email from a friend, Barbara. She insisted we answer the long list of questions in it, stuff like ‘what kind of coffin do you want?’, ‘how do you want your body dressed?’ and ‘what are your passwords? ‘ – I mean, really specific things.

We put it off, it felt like a bit too much. Then another email arrived. We put it off again, neither of us willing to face up to the bluntness of the questions, but after the third email we just needed to answer the darn questions and get her off our back.

We sat up in bed one Saturday morning with the laptop. I asked him the questions and we discussed the answers. Imagine our surprise when an hour or two in, we realized we were quite enjoying ourselves!

By the end of the morning we felt a distinct sense of satisfaction and achievement, and immensely close and loving.

So odd – we were discussing his death but the love that was unleashed that weekend was enormous. It felt like we were doing a project together, and we'd been good at doing those! 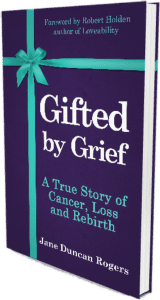 My first book, Gifted By Grief: A True Story of Cancer, Loss and Rebirth was published. In it I told the story above. Readers flocked to tell me they needed to answer those questions too.

At this point, it might have daunted me if I had not had 25+ years of experience in the therapeutic world.  I originally trained in 1990 with the famous Louise L Hay who wrote You Can Heal Your Life, and who founded international mind-body-spirit publisher Hay House. Then I went on to train as a counsellor and a coach and so I was able to easily organise a local workshop, and then take the course online.

Our aim is to have these plans be as commonplace as birth plans. 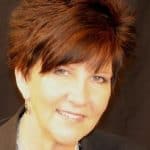 "For anyone who has a blended family or has been re-married, this course and workbook is a MUST! Having the “excuse” that I had an assignment from Jane’s course made it easy to open the conversation with my husband, when previously I could not hold his attention for 15 minutes on this topic. And now I feel like I have created a “living document,” not a “death document.”  Patty Burgess Brecht  USA 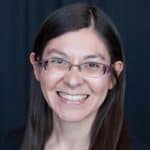 "I've had a serious health scare recently, and ...I'm really glad I took your Before I Go course a while back, because that is making the decisions I need to make for my trust much easier, simply because I've already had conversations with people about my wishes".   Gina Decker, USA

So what is the Before I Go Method® exactly?

It’s a proven way to attend to all the stuff that accompanies end of life and after death.

An inspirational online course that you do by self-learning, or with the help of a trained Before I Go Facilitator.

So if you want to feel relieved, confident, and comforted by the fact you've taken care of everything, then click now to get access! 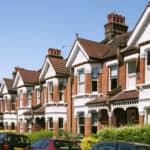 Imagine what you would do if your spouse or partner suddenly wasn’t around? Would you know where to find documents, how to operate an appliance, what insurances you have? Take action in this module to avoid this. Discover: 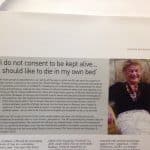 You can’t make any decisions about how you ideally want your end of life to be without knowing what your life values are. In this module, you’ll discover: 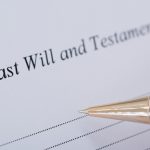 Module 3: Looking After the Legals

Does talk of powers of attorney and wills make you yawn, or feel guilty? Here’s how to make it easier, even enjoyable! 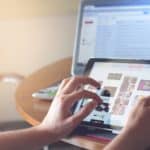 If you weren’t here, then how would anyone know who to contact if you had died yesterday? 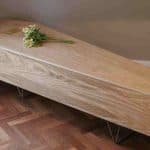 Module 5: Taking Care of the Body

Whatever your beliefs as to what happens after death, there is always going to be a body for others to take care of. Find out: 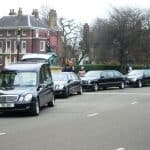 Obituaries/Eulogies & Keeping It All Updated)

You could just disappear off the world with hardly anyone knowing. Or you could take charge of how you go.

You'll get immediate access to the introductory module where you receive:

And you are able to start immediately!

All the modules include various lessons, with either short videos, PDF's, or audios plus lesson text. Altogether, any module could be watched/read/listened to at one go in 30-45 minutes, depending on how much you think and ponder as you go along!

Of course then there is your homework, and how long that takes will depend on your personal situation.

(If you feel you'd do better taking this course with the added help of a trained facilitator, then we have someone who can help you right now!  Access them by clicking here

Sign up for the Before I Go Method Now!

PAYMENT PLANS NOW AVAILABLE - details when you click below

Remember, your mission (should you choose to accept it) is to be sitting down (at the end of 3 months or less) with a completed end of life plan in your hands, feeling relieved and at peace that it is finally done - AND you have enjoyed yourself in the process!

Thoughts from a few more who have done the course 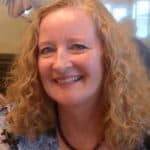 "Before I did the BIG Method course I was stalled in my own end of life preparations, and I wanted to gain the courage and the means which I could use in discussions with my loved ones.  Now I’ve finished the course, I’ve completed and updated my Will and Powers of Attorney; begun a systematic sorting, purging, gifting, and donating process, which I expect I will continue for the rest of my life; and chosen a body disposal method, amongst other things. Jane's many stories and organized lessons and videos were exceptionally helpful in this regard, and I will avail myself of the BIG Method’s lessons for the rest of my days" Julie Saeger Nierenberg 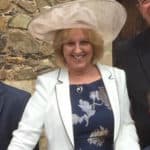 "I joined your group last time and made great progress. We have two severely disabled adult children who we care for at home and it has always been a concern of ours if anything should happen to us.

My husband and I have now made a new will and if anything happens to us our home is now subject to a disability trust. Our home is now legally bound to this Trust and cannot be sold while our children are alive. This is a great weight off our minds. Thank you so much for giving me the push I needed to sort this" Katherine Coates, England

Please read our Online Sales Terms & Conditions before purchasing. This includes details of our cancellation policy. At Before I Go Solutions® we respect the privacy of our customers. Read our policy about how we collect information, what we do with it and what controls you have.