I was once described as being able to make the uncomfortable, comfortable. I love to break down barriers around talking about death and dying and work hard to make it feel like a normal part of everyday conversations.

Based in the North East of England, I work as a Chaplain in a care home. I have previously worked in a Hospice and accompanied many people during their final months, weeks, days, and even moments of life. It is never anything less than a privilege.

I launched my business, Dying to Help, in 2018, as an independent funeral celebrant. Through some personal losses I had experienced just how beautiful and healing a funeral ceremony can be and I wanted to be able to offer other people a really personal experience, tailoring a ceremony that genuinely reflected their loved one and also gave them a space to collectively mourn.

During my chaplaincy work I was able to come alongside people who wanted to plan their own funeral and sometimes this meant I had to advocate on their behalf if their family didn't agree with their wishes.

This made me realise how important it is to have the conversations about our wishes as early as possible. I then had a crazy idea, I wanted to host funeral planning parties - a bit like tupperware, or Ann Summers, but for death! An opportunity to get people together, maybe over a bottle of wine, and discuss what you'd like, then writing it down.

Whilst exploring this idea I came across Before I Go Solutions and realised that funeral planning is really just the tip of the iceberg when it comes to planning for End of Life. I took the facilitators course and completed my own End of Life plan in early 2022.

Since then I have begun working with clients to put their own End of Life plans in place and have begun offering Death Education in the form of Dying to Help Discussion Rooms. 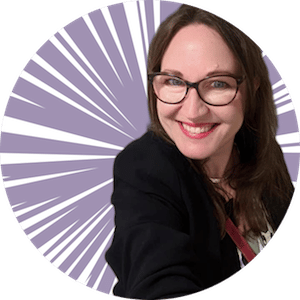 I want to reclaim death and demystify dying as a normal part of life. I want to help people feel like they, and their loved ones, can have a good death. This can be achieved when we spend time working out what really matters to us, when we ask the questions about the things we don't know, and when we then make our wishes known and record them properly for people to be able to find and use.

Making an end of life plan isn't scary, in fact it can be incredibly liberating!

I want to meet with you where you are at, help you overcome any fears or concerns you may have, find out what you already have in place, and then using the tried and tested Before I Go Solutions Method, help you to complete your own End of Life plan.

I work with clients in person or via zoom, as one-to-one, couples, or in groups. After an initial consultation to work out your exact needs I will create a bespoke package for you so that you get the most out of the experience and actually get the work done. I also offer a follow-up service to remind you to check in with your plan and keep it up to date.

As a Chaplain to people of all faiths and none I am also able to provide pastoral care and support during the process which can be invaluable when dealing with such a tender subject matter.

So what's your next step? Simply schedule a call for a no obligation chat, it's as easy as that!

Schedule a free, no-obligation, half hour 'are we right for each other' call.

Complete the form below, giving me a few dates and times you're available to speak to and brief details of how I can help you.

Thanks for your message! I’ll be in touch soon.