Bereavement Leave – It Could Be Possible This Becomes Paid 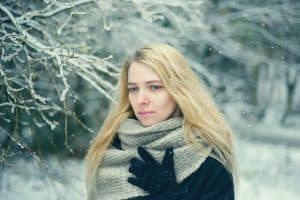 Did you know that employers are obliged to offer compassionate leave, but it doesn’t have to be paid? And yet many bereaved employees return to work well before they feel they are ready, due to financial pressures.

Grief Recovery Method have launched a petition asking that there should be statutory 2 weeks paid leave available for those who experience the death of a spouse.   They say:

Currently the average time off awarded to an employee after a major bereavement is just 3 days. Even 2 weeks is incredibly short, given that in England, many funerals don’t take place until 2 weeks or more after a death.

In November 2017 a private members bill which will mean statutory bereavement leave for those who have a child die had it’s first reading. It is expected to become law by 2020. This is an excellent step forward from the government position in 2013 where they shied away from legislating,  saying it was “too complicated.”

Focusing on spouses obviously only affects a certain amount of people; and who can say that the death of anyone else should also not receive similar recognition.

It is a minefield, and yet that is the situation at the moment in the UK. The amount of days off allowed (regardless of whether paid or unpaid) is determined by the nature of the relationship, with more days given for closer relationships, like a child or a parent. But a start has to be made somewhere, and widows and widowers are a specific sector of the population, easily measurable.

And why is it so important, anyway?

Because of how grief affects workers in other ways, as well as needing to take extra time off. Some of these are:

Grief Has Its Own Way

We know that grief has its own way with us – it will not be determined by number of days, relationships, or convenience, let alone financial reasons.

However, an acknowledgement of the impact that grief has, instead of a sweeping of it under the table, would be brilliant.

For small employers in particular, who struggle to manage the cost of providing bereavement leave, this would work, as if the leave were statutory they would be able to claim this back.

Join in by signing this petition now: SIGN HERE