3 Non-Actions To Take When Anxiety, Grief and Not-Knowing Are Your Bed Partners 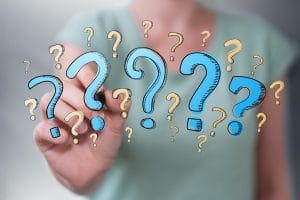 Fear gripped me, like a vice around my guts.  I treaded water in the swimming pool in which I had arrived for an early morning dip, before the heat of the day became too much.

My friend had called from the terrace rooftop of the villa in which I was staying in Italy, on holiday.

‘Do you want the good news or the bad?’

I had paused in my leisurely breaststroke, and cocked my head.

I swam to the side to hold onto the bar. Surely not? I was shocked. It had never occurred to me that the people of the UK might really vote to leave the EU.

Now, nearly two weeks on and the shock waves are still coming, though like the ripples in a still pond when a stone is thrown in, they are lessening from the centre out.

Uncertainty, doubt, confusion, fear, guilt, anger, tears – you may already be very familiar with these emotions.

They all belong to grief.

In one way or another, the citizens of the UK are in mourning; yes, even those who voted to leave. Because when any kind of ending comes, whether you realize it or not, a letting go has to happen, and that involves a mourning of some kind as the old dies away and makes way for the new.

Just as in the death of a person.

And as you will know if you have ever suffered a major ending of any kind in your life, let alone the death of a loved one, the resulting emotions can be very turbulent, with uncertainty and unknowing a common thread through them all.

At times like this, the mind goes into overdrive, trying to sort out how to cope. Trying to find a clear path forward, and bring things back to a sense of order. But the qualities of grief are the exact opposite of that.

Grief includes not knowing, wondering, and anxiety when a major change happens. You’re not supposed to be able to make decisions easily, be organized or able to think clearly.

It helps if you realize this, because then you can catch yourself being self-judgmental or self-critical (which often shows up as judging and criticizing of others, as in mutterings such as ‘the idiot, why did he do that?’ or ‘it’s not fair, I didn’t want that!’ or ‘why didn’t I …. (or why did I….)’.

When you notice yourself thinking these kinds of thoughts, what may appear on the surface as an opportunity for you to be right and others wrong, is in fact an opportunity to go deeper and understand what is really happening.

And what’s really happening is a natural human reaction to loss.

It occurs with all major losses.  But the way that individual humans react to these losses is very variable, and can make the difference between experiencing pain, and prolonging suffering.

Here’s 3 non-actions you can take to help you move through anxiety and grief more easily:

The Brexit campaign leaders have been judged as not having prepared properly in the event they won this referendum. There was no clear leader, clear strategy, clear list of instructions of what needed to happen next. Some kind of preparation in advance would have undoubtedly helped UK and EU citizens  to manage this transition more easily.

If you’ve been recently bereaved, then any advance planning that person did before they died will also help you.  That’s what happened for me when my husband died, and I was incredibly grateful he had taken the time to do at least some death prep – it helped me hugely to know I was carrying out his wishes.

Most people instinctively know that, at the minimum, a will is a good idea.

But most also do nothing about it (79% of people in the UK and the USA have been quoted as saying it’s a great idea to be well-prepared for their own death, and only 21% have anything written down).

If you’re one of the 79%, then join my Before I Go Method online course – it’ll transform you into one of the 21% who have brought themselves peace of mind, and their families relief and reassurance.